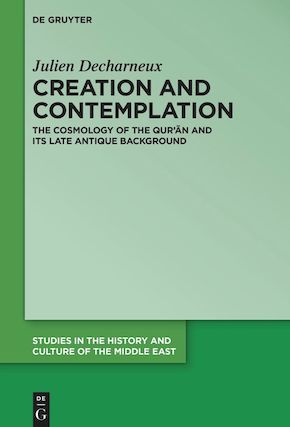 In Creation and Contemplation, Julien Decharneux explores the connections between the cosmology of the Qur’ān and various cosmological traditions of Late Antiquity, with a focus on Syriac Christianity. The first part of the book studies how, in exhorting its audience to contemplate the world, the Qur’ān carries on a tradition of Natural contemplation that had developed throughout Late Antiquity in the Christian world. In this regard, the analysis suggests particularly striking connections with the mystic and ascetic literature of the Church of the East, which was in effervescence at the time of the emergence of Islam. The second part of the book analyses how the Qur’ānic cosmological discourse is built so as to serve the overarching theological message of the text, namely God’s absolute unity. Despite the allusive, and sometimes obscure, way in which the Qur’ān talks about the world’s coming into being and its maintenance in existence, the text betrays its authors’ acquaintance with cosmological debates of Late Antiquity. In studying the Qur’ān through the prism of Late Antiquity, this book contributes to enhance our understanding of the emergence of Islam and its relationship with other religious traditions of the time.